With a rich, silky unique sound, 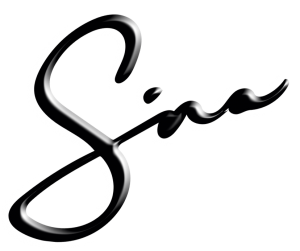 With a rich, silky unique sound, Sina has the kind of voice you could listen to all night long. In fact, “SEVEN Magazine” touts her as the “Best Piano-Bar Crooner” in Las Vegas. …But she is oh so much more than a sweet songbird! Feeling equally at home belting out Rock tunes and getting urban cool with Pop/R&B favorites, Sina has a wealth of experience performing both abroad and at Las Vegas’ premier performance venues.  Her iconic look, signature sound, captivating stage presence, and loveable personality have made instant fans out of the many who have seen her here in the “Entertainment Capital of the World.”

Born and raised in Hawai’i, Sina’s passion for performing blossomed while in her high school’s traveling concert choir; and she turned pro shortly after graduating. Performing then throughout her island home, she now graces the gamut of stages—from cabarets to stadiums—as a freelance singer and performance percussionist. Having worked for several years with an Emmy-winning choreographer, Sina is also very comfortable in dance-roles. She is featured prominently in local live-band venues, production shows, and in the corporate arena alike. She’s a studio pro, too, specializing in session-work, jingles, and infomercials.

Thank you so much for taking the time to visit my site and get to know me better!
Be sure to keep in touch via my social media and check back for updates in my performance schedule & any NEW LOOKS added to my Body Painting page! And certainly plan ahead to visit me at one of my shows the next time you’re in Las Vegas… Or, simply let me paint you for a special event or photo session! I hope to get the chance to meet you in person… Until then, take care and ALOHA!